The MoT Files: Exemption for pre-1960s cars. Do the numbers stack up?

Since November 2012, cars registered before 1960 have been exempt from the annual MoT test. At the time there was much debate over whether this proposal was a good idea, with some arguing that the exemption would allow unrestored and unroadworthy cars onto the road without any checks.

Thankfully, the fears and hysteria over unsafe classics has been found to be largely untrue, with no major accidents or incidents related to a pre-1960 car. In fact, in most cases, classics are in a better condition than the modern ones that have replaced them, with owners out in all weathers checking the condition of the engine, tyres and bodywork.

So, we once again raided the MoT Files to see whether the numbers stack up. These figures are for MoTs conducted between October 2010 and September 2011 and show that it is something that the Government could - on paper at least - justify. There were 55,000 MoTs for cars registered before 1960 in the data we have (out of 24.5m MoT tests) and the overall pass rate for all the years combined was 85.2 per cent.

But - and this is a big one - is that you could argue that without the MoT test there could be almost 10,000 unroadworthy cars on the road and the big danger is that no one will know. Yet, as already stated, there has been no major accidents or incidents involving pre-1960 cars. Obviously, we’ll continue to monitor the numbers to see if this changes, but so far the MoT exemption appears to be working. 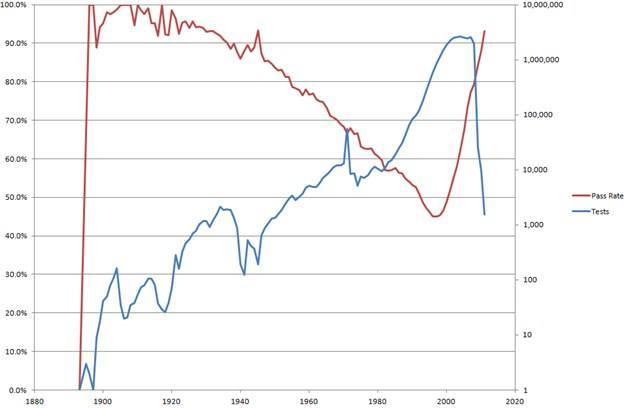 Hi, could you advise me what else I need besides insurance, to drive my 1958 car on the road please? Thanks, Roy